Alaska. Population : 731,449. That’s 1.26 people per square mile. The smallest density in the United States. My household makes up 4 of that count.

Now, sadly, I had to google that little tidbit. I’ve lived here almost 3 years, yet I’m not sure what our state flower is. Who the governor is. Or really, what the population of my city is. You ask yourself, what do I know?

I know that we have snow from November through April. Lots of it.

That summer almost seems never ending because it’s light, for a period of time, for 24 hours. Side note: you would think you couldn’t sleep but it’s easier than you would expect. This next picture was taken around midnight at the end of May. 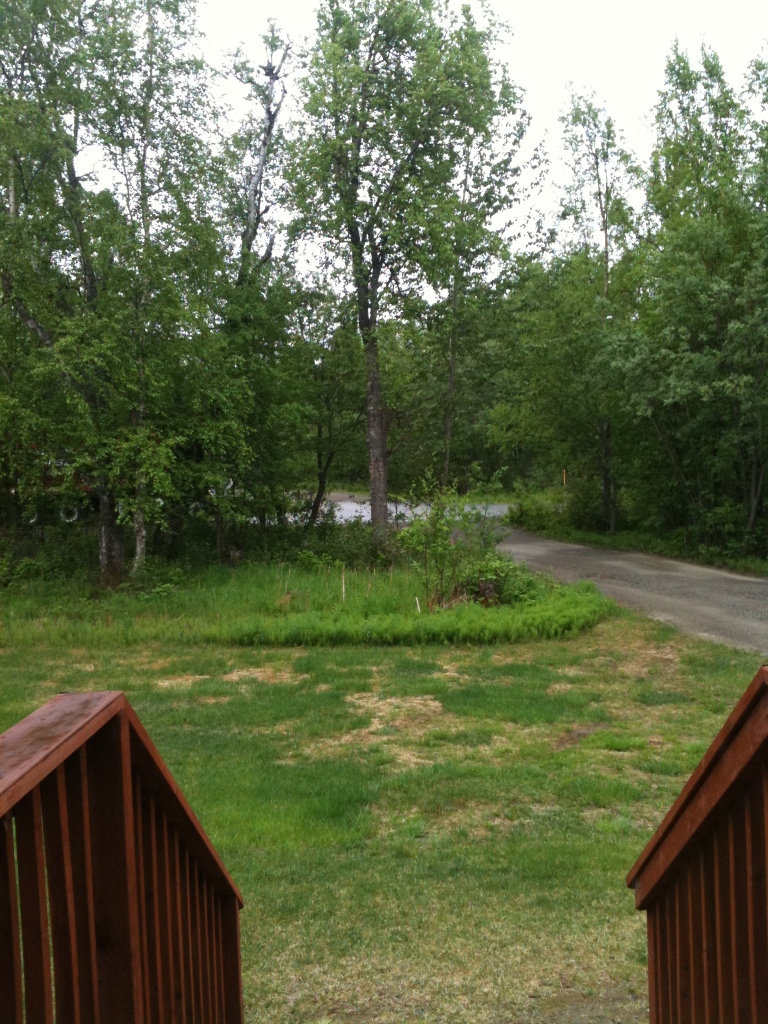 The surrounding streams are amazing and one of my very favorite things. It’s like some of them aren’t even real because they are so blue. Most are glacier fed, so they are this beautiful clear, bright blue. I’m not sure something can be clear and bright. Whatever. Look for yourself.

Which brings me to my next point. We have glaciers! Like enormous, I’ve been around for a million years, dinosaurs possibly roamed on me, glaciers. Insert super awesome picture here. I have one, somewhere, so I’ll get back to you on that.

Next up, I’m convinced I will find a unicorn here. There is way to much mist and eeriness in some places for there not to be. Example: 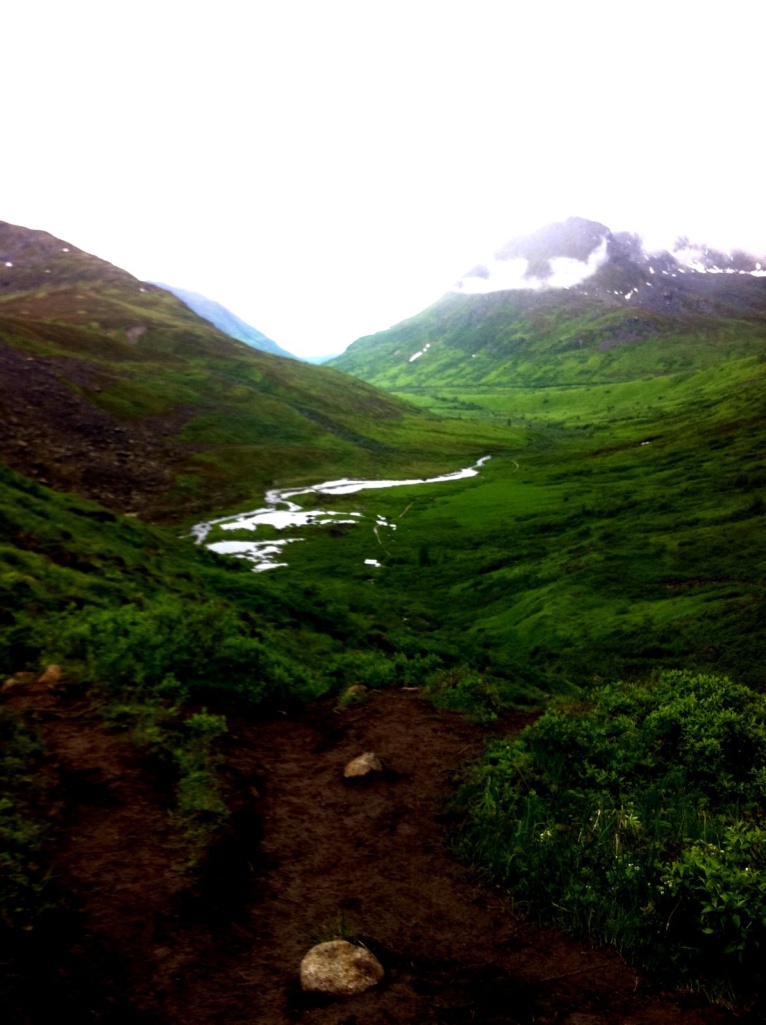 Our wildlife is breathtaking. You’ll see bald eagles on your way home from the store. Witness salmon migrating up rivers. Thousands of them at a time. Moose frequent everywhere! You see a moose in your yard almost as much as you get the neighbor’s stray dog.

These are just a few of the things that seem to trump knowing information I would most likely never use. Unless of course I was on Jeopardy. But’s lets be real, I’m more in the Price is Right class. I could spin that wheel like nobody’s business. Let’s get back though. Alaska. The common misconception is that Alaska is all that you see on shows like Alaska State Troopers, The Last Frontier or Flying Wild. You want to know what’s true to life on those shows? The scenery. Those bushes really are there, and yes that road exists. It’s always painted to be so vast and remote here, and that we are all on the verge of being consumed by a polar bear. Guess what people?! It’s called reality TV and ratings.  We have malls and ritzy restaurants. Large airports and schools. A zoo. An indoor water park and nice department stores. Movie theatres and museums. You know what my favorite part of all that is? Having peace and quiet.

We can enjoy the city life and when we’ve had our fill of the hustle and bustle, we get in the car and 15 minutes later can be enjoying this. It’s a place filled with fresh air and moments that you get to sit back and enjoy your very own thoughts.

We have days, sometimes weeks where we are all homesick. When we can’t stand one more day of snow. When all we really want to do is hop in the car and drive to the river for a float trip. Be able to take a road trip to visit friends and family that doesn’t involve driving across Canada. When I stop and think though, of all the adventures we have and the beauty we encounter every day, it’s something that some people may never get to experience. All of this makes it easier to say, that for now, it can’t get much better than.

2 thoughts on “the new frontier”